Does your bathroom shower need replacing?

Do you have a musty smell in your tiled shower? Is there persistent mildew or mineral deposits in the grout of your shower floor? These are symptoms of a fairly common problem- an improperly installed shower pan liner.

Tiled showers can last many years if done correctly when installed. However many showers have been improperly installed.  This improper installation leads to the symptoms listed above as well as more serious issues including complete failure where visible water leaks from the shower and causes structural floor damage.

Keystone Remodeling’s own, Brian Robbins, has outlined below how a custom tiled shower should be installed the correct way…..

There are three important steps in the proper installation of a pvc (poly-vinyl chloride), pan liner that are often overlooked. When overlooked, these steps can often cause problems down the road.

Here’s two photos showing what the surface symptom is and what’s really going on under the tile (in the mudbed):

In this shower picture you can see how the grout is discolored, a symtom of an underlining problem: 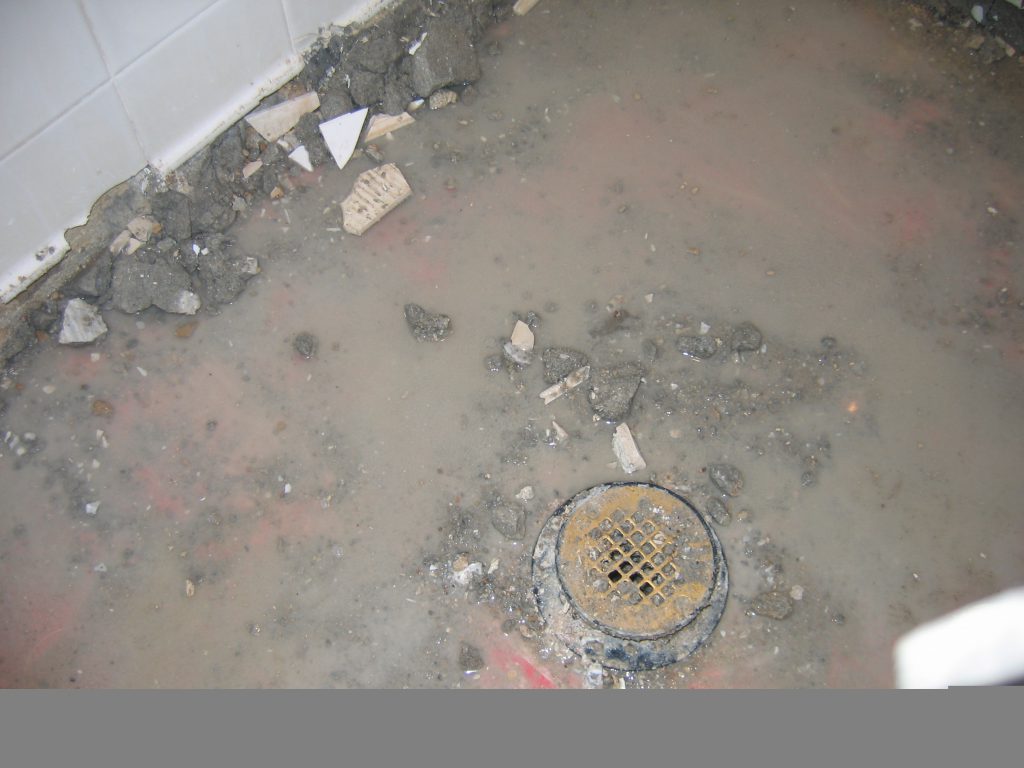 In this picture you can see how serious the problem really is. Because the weep holes were plugged water wasn’t able to drain and caused the shower pan to fail.

Look closely at the water around the drain- this shower had not been used in days:

Step 1: Pre-sloping the shower bed PRIOR to installing the pvc liner. 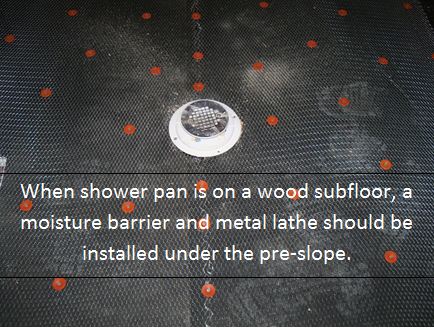 In order to prevent water from standing in the bottom of the shower pan, it is important to slope the shower pan area toward the drain prior to the installation of the pan liner. The slope does not have to be great (1/8”/ft), it just needs to promote the water (that might find its way into the mud bed through the grout or any crack around the perimeter) toward the weep wholes of the shower drain. Floors are often not level, and a shower that is not pre-sloped can accumulate water in a low corner. After a while this water gets musty, grows mold and mildew and can cause efflorescence in the grout. 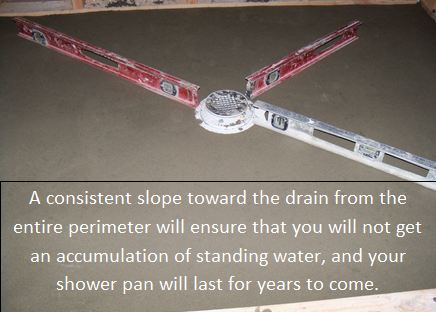 In order for the previously mentioned water to leave the shower via the weep holes, it is important that the weep holes not be clogged. The other often overlooked step in a properly installed pvc liner (grey pvc material is shown in the picture to the right),  is to surround the base of the shower drain with pebbles, tile spacers, plastic ring, or any product that will prevent the dry pack mortar used to form the final slope from packing in and clogging the weep wholes.

Once the weep holes are protected you can now install the sloped layer of mudbed which will form the shower floor (the tile is installed on top of this mudbed floor). The presloped mudbed pan, with the pvc liner installed on top of it, is the critical step to insuring your shower floor will last for years without problems.  If you are a do-it-yourselfer tackling your own tiled shower be sure to follow the steps outlined above for a long lasting shower.

If you have some of the symptoms outlined above or have a bathroom remodel project on your “to do” list please call Keystone Remodeling at 770-777-4077. 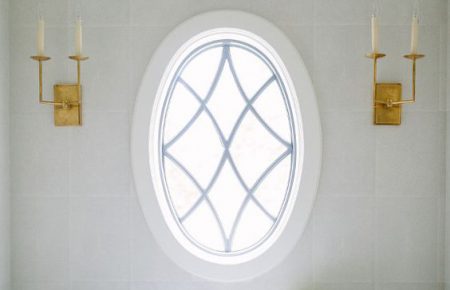 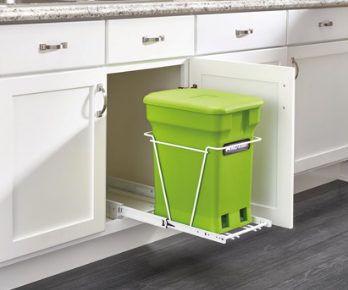 Compost Solutions for Your Kitchen March, 2017 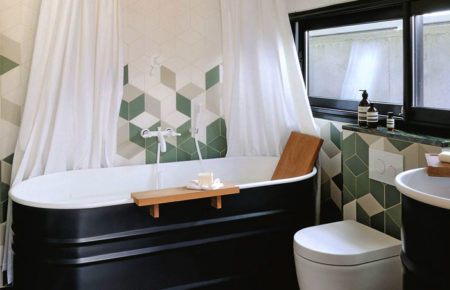 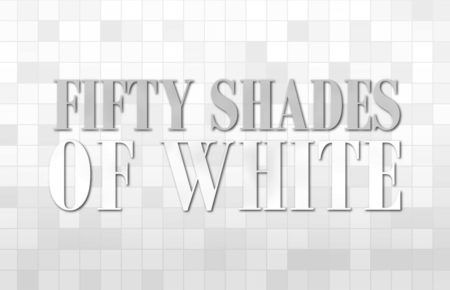